Lefteris Kalamaras from FSLabs has posted an update on their A320-X project to advise the public that it has now gone into beta.  This means that the development of the aircraft is now complete and they are now focusing on ironing out all the bugs before it is released.  Below is the full post made by Lefteris on the FSLabs forum (you can read the post by clicking here)

We’ve made quite a bit of progress. Some information to set the mood and set up some expectations:

– We have aimed to be realistic in all aspects of the A320-X. If you have watched my videos from “a few months ago” at that conference, we wanted to ensure the aircraft feels, breathes and behaves like its real counterpart. This is one of the reasons why we took such a long time developing it – we tried to make it feel like an A320 in its flight behavior and in its dynamics all around. Not all of us are A320 pilots, but for those who are, we hope that you will “sense” the A320 in your flight sticks, rather than feel something that is “eh, like one, possibly”. This was really important to us. Manual flight should behave and feel the same, in EFCS normal laws, but also in alternate and direct law as well.

– Once we were happy and satisfied with how the bird flies “by hand”, we needed to adapt this sensation to its automatic counter-part. Since this is a VERY computerized aircraft, this meant we had to observe, identify and reproduce a multitude of scenarios, setups and patterns which identify the nuances and characteristics that make the A320 so very unique but also so very “easy to fly”. We learned these past few years that “easy to fly” means “quite difficult to program”. We believe we’ve achieved that to our satisfaction now.

In fact, rather than continuing on with my thoughts, I asked our testers to provide some feedback on what’s coming your way and what their thoughts are on the A320-X. Here’s a few select tidbits of what they had to say so far:

“The autopilot and ATHR are phenomenal. You watch YouTube videos of how they react in the real plane, and that’s what you’re getting in the FSLabs one. The transitions in vertical modes? Smooth as silk.”

“Sounds – engines fading away in cruise and the wind noise getting noticeably louder; it feels so immersive. Same with electrical contactors etc. When the engine goes available on upper ECAM and you hear the contactor bringing that engine’s GEN online. Also switching from ground to APU power and you hear the electrical hum change frequency slightly”.

“Batteries – noticed last night the load on the batteries starting the APU (and stanby compass going nuts). Again, these are only little things that add to the immersion factor”.

“Fuel system – pitching down from T/D caused the OUTR TNK XFR ECAM warning when the main tanks were getting towards low”.

“Single engine handling – both this and general static thrust (crew-only payload and <5t fuel means you’ll be on the brakes nearly all the time when taxiing)”.

“One of my favourite aspects of the A320X simulation is the immersion factor you’ve achieved with the sounds in this product. Audio dynamically fine tunes to represent the different phases of flight with great results. From boarding – where you can hear the hustle and bustle of passengers in the cabin, dings from the CIDS, the whirring of the hydraulic and fuel electric pumps and the distinctive whistling of the packs running. To the blowers below the flight deck keeping the racks of electrical equipment cool – and not forgetting the ‘barking dog’ sound from the PTU on push and start”.

“Once on the move the aircraft really comes to life – thundering down the runway, the thud of each runway light sends rattles through the cockpit as the aircraft accelerates. The nose wheel below the flight deck begins to resonate as you approach takeoff speed and peaks as it breaks free from ground contact. Climbing out, the characteristic buzz saw from the engine fans as the tips rip through the air at supersonic speeds, gently begins to fade away as the atmosphere gets thinner – replaced by the rush of wind noise on the flight deck”.

“My favourite part is descent – the engines slowly reduce to modulated idle, which sends another low-frequency resonance through the aircraft. Soon after, we’re at ‘top of bracket’ on the PFD speed tape and the FMGS commands true thrust idle – the resonance produce by the engines falls away and we’re gliding. Only the distant turbulent sound of the spoilers can be heard in the background as the automatics chase our descent profile”.

“The individual systems, you can see most of the wonders implemented behind the scenes appear at power-up. Once you get some AC power online, the Display Units come to life, you see the self-test screen and then they come on properly. For the next few minutes you can see and hear the multitude of computers coming online, either through quick flashes on the overhead PBs or the FIRE TEST master warning upon startup”.

“The quality of TERR ON ND. Absolutely brilliant – I love that the “sweep” is accurate, and only updates terrain during turns when the sweep reaches that part of the display as per the real aircraft. The clarity of the display is also excellent, and the waypoints showing correct details (purple outline for constraints etc)”.

“Immersion is so important to most serious simmers, and that’s what the A320-X brings in spades. Other already available products are either incomplete in aspects beyond just failures or are unabashedly designed to be “lite” in many respects, such as FMGS modeling and aircraft systems beyond the most basic. The A320-X brings it all home at last and at a level at least equal to any airliner simulation available today.”

“I love the immersion factors such as the rich and varied sound set, which animates the cockpit environment in spectacular fashion. I love that the MCDU menus are complete and authentic as compared to the real deal; thus putting me in a virtual cockpit all the way. The A320X brings all of these details to life.”

“Trip times, fuel burn in the FMGS is simply to the spot – no nonsense. I’d tried some other products – they were way off. In the A320-X, you will not have to be playing guesswork with the numbers, it’s correct from pre-flight to landing”.

“So MANY details really:
1. The engine simulation is by far the best I’ve seen in FS. Realistic (and immersive) startups down to secondary engine parameters. Effects of bleed demands (packs, anti-ice) on engine (individually) and thrust on the ground and in the air. Smooth single engine taxi. Spoil up/down timings – The ATHR is genius. Everyone needs to fly gusty/windy approaches and see Ground Speed Mini in action.
2. External model animation and sounds all properly linked to their appropriate systems. Rudder weathervane in the wind. Drooped surfaces react to wind direction and speed. Inlet/outlet doors animations.
3. First real Airbus FWCs simulation. Just SICK: Hundreds of messages generated from real interactions of the sim systems.
4. Proper pressurization system – you can play with it on the ground and the air and expect high levels of simulation.
5. EFCS: Simply the best. The end of the “Airbus can’t be done in FS” curse. FINALLY !!! The smoothest, yet the most reactive. A joy to hand fly. All laws, degradations are there.
6. Excellent representation of Airbus Display Units. Perfect ratios – Colors are very close to the real thing. Great fonts, great smoothness”.

Personally, I feel those comments are seriously enthusiastic – however, I’ve not been able to find a single comment to be ‘exaggerated’ or ‘over-the top’. As you can see, our testers are actually really enjoying the A320-X so far. In fact, so much so, that I am wondering if I might not crack the whip a bit now to get them to find more bugs, so we can give you as much of a smooth experience as possible come release day!

We released a new video, see what you think of that part at the very end that says “Now in…”. I’m embedding it here. Don’t cheat – watch it first, then read on below. (Watch in full screen, 1080p resolution for best experience)

Did you cheat? Oh well. If you did, shame on you! If not:

Yep. It’s true. We’re in BETA now! This means we’ve frozen all new code development and have gone 100% into bug fixing mode for the features that made the v1.0 RTM cut. Our beta testers have been given the OK to actually start flying the aircraft online on VATSIM/IVAO so if you see them around, be kind and don’t make them break their NDA, or I’ll have to kick them from the beta testing team! Pity them therefore!

We’ll be opening up the beta applications process very soon as we now want to get a few more simmers as well on board. Expect more info on this in a separate post.

Oh – and a final note. A thank you goes to Airline2Sim for helping us out with this latest video – they are awesome! In fact, we are hoping that our initial collaboration will extend to a more fruitful relationship – they’ve liked what they saw in the A320-X so much, that they’re going to be producing their next training series with it, to be taught by a team of real world A320 pilots! But for this, I’ll let Ben Weston describe their plans more when he is ready!

I promise I’ll keep updating everyone with beta progress regularly now! Hope you liked what you’ve read so far! It’s not long now!

The video looks great and the expectations have now risen substantially.  Lets see what happens next! 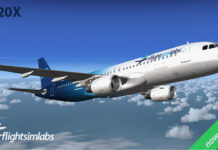 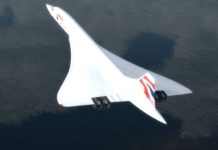 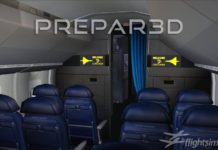 FSLabs Concorde-X v1.3 is out